The Cabinet's October meeting was held last Tuesday with regrettably reduced attendance due to illness and childcare commitments, but no matter, what the attendees lacked for in number they... Never mind. The evening was devoted to The Cabinet's first foray into blind tasting. How much of what we taste is purely in the palate and the nose and how much is in the mental world of expectation and imagination?
To test this and to test the member's acuity and memory, the Secretary filled four glasses each in advance: 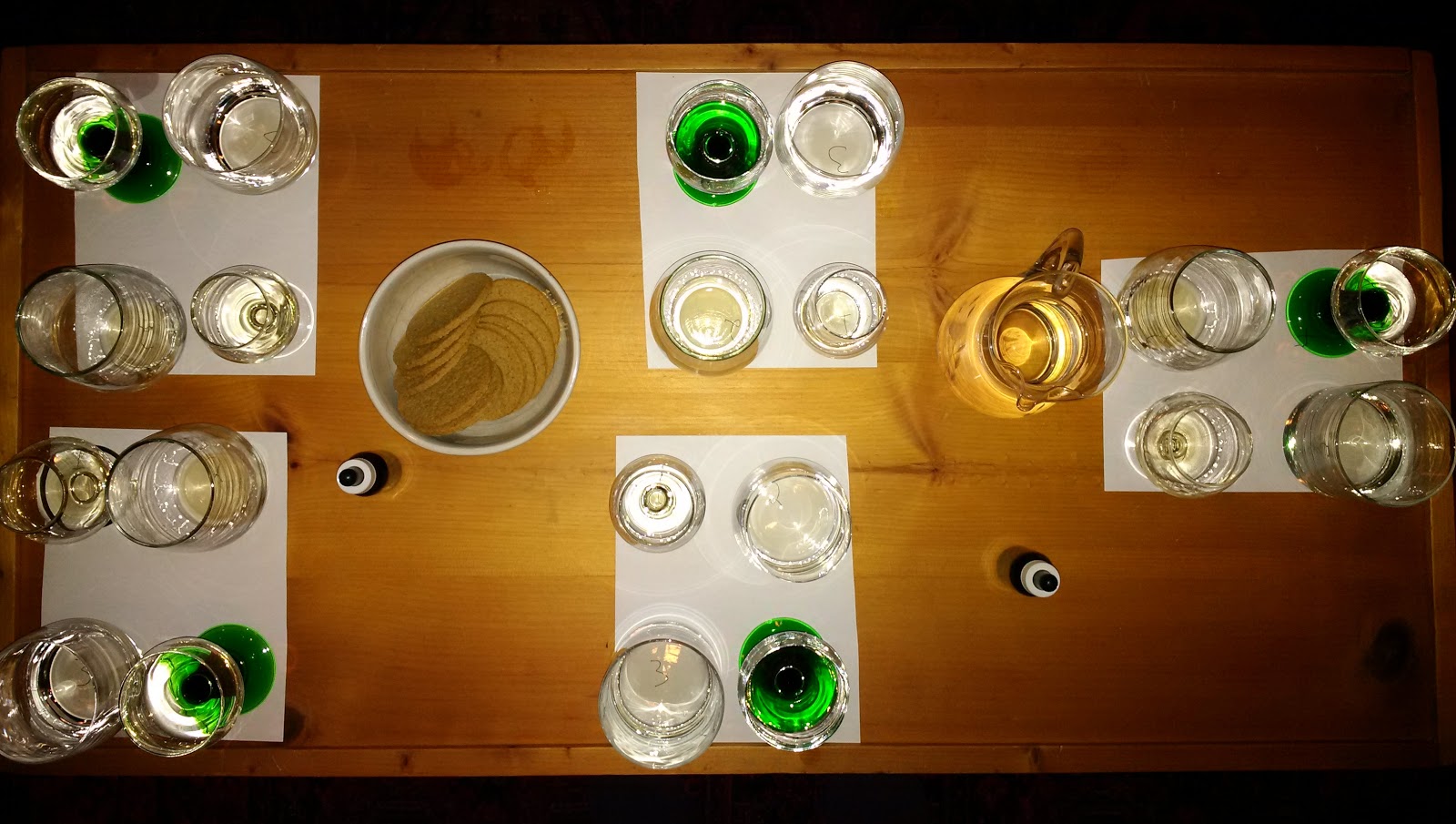 I am pleased to report that the assembled company covered itself in glory by immediately ferreting out the Amrut. They had only been told that there was a non-Ardbeg foil among the two 10 year olds and the Supernova, but Cory immediately guessed that that foil was the Amrut. "Distinctive". The three Ardbegs were trickier to sort out, but the majority did this with reasonable accuracy, although there was surprising confusion between the new 10 year old and the Supernova. At least it was surprising until we realized that due to a shortage in glassware I had poured those two in wide-mouthed tumblers which made accurate nosing very difficult. Moreover, I had poured about an hour before and didn't cover the glasses, so a certain amount of off-gassing had likely occurred. And then finally, the pours were very small because there was so little of the old 10 year old left.

We wondered how the differences between the two 10 year olds arose. Is oxygenation a factor? Or has the blend simply changed over time? Yes, single malts are also "blends" in a sense - not between the products of different distilleries, but between barrels of varying age within a distillery. "10 years old" only means that the youngest whisky in the blend is 10 years old; the others selected by the malt master are always unknown. It is reasonable to assume that this will vary somewhat over the years. All that said, the older bottle had a slightly more muddled taste than the brighter notes from the younger bottle, so oxygenation must play a role as well. And regardless, both are excellent. Who, I ask, can gainsay the Ardbeg 10? 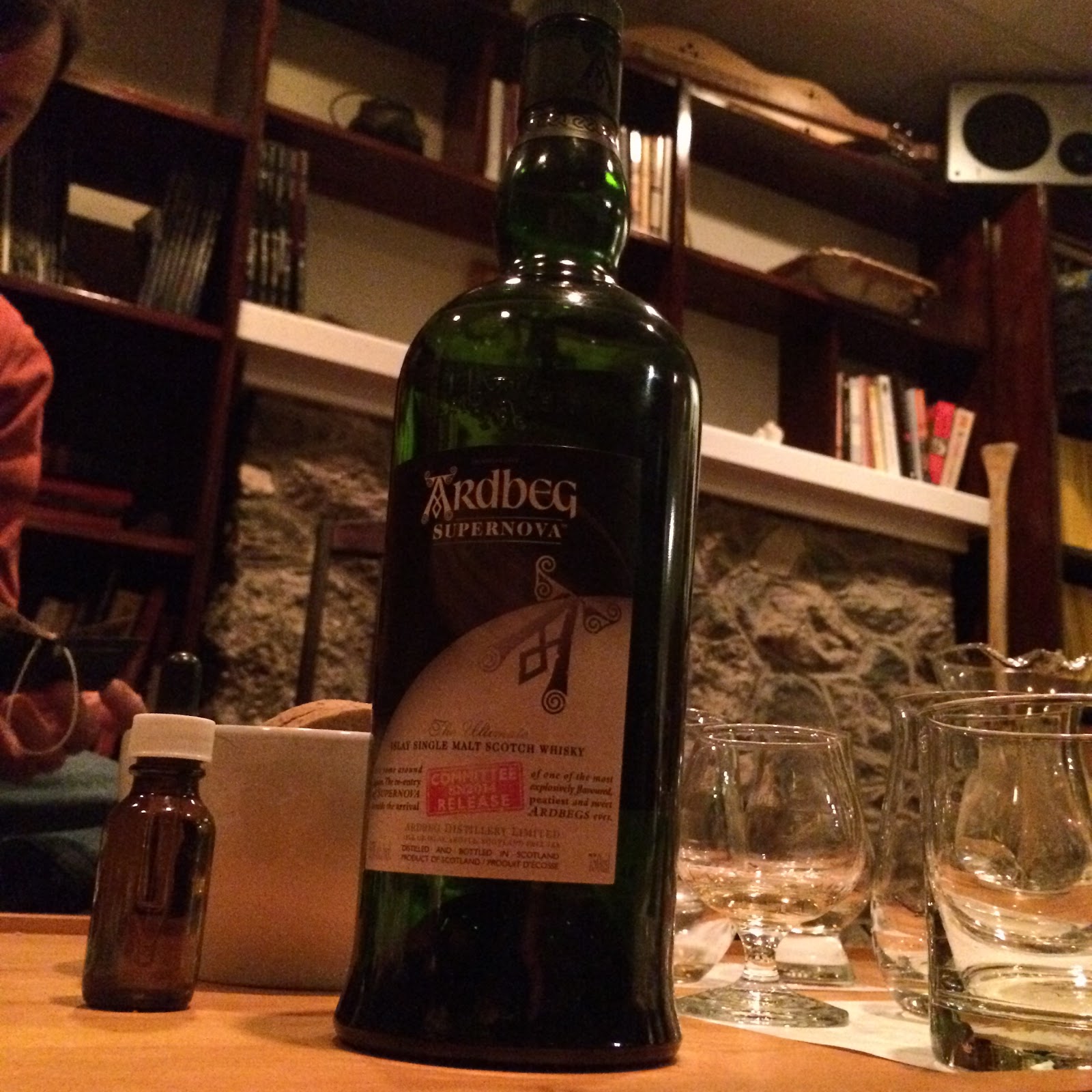 Now, the question you have been waiting for since reading that a bottle of Supernova was opened: is it also excellent? In scouring the internet I was only able to find one negative review (a one liner by "anonymous" on The Whisky Exchange site), the rest were effusive, even effluviant. I was especially taken by the review on Dramming that promised "some Black Forest ham very late". I like Black Forest ham. The Cabinet was nervous however. This was a $300 expenditure for something that had the aroma of rank marketing. For those of you unaware, the Supernova's "thing" is that Ardbeg sent a tiny vial of whisky up in the International Space Station for three years to study "microgravity maturation". Uh huh. How this influenced the production of the Supernova is unclear. But we are provided with a photo of Ardbeg employees wearing astronaut's helmets. The Supernova's "other thing" is that at 100 ppm it has the second highest peat level of any whisky ever produced (Bruichladdich Octomore wears the peaty crown). Curiously however, there seems to be such a thing as peak peat. The nose and palate appear to have a saturation limit for the stuff beyond which extra peat is no longer detectable as none of us were able to appreciate the higher peating relative to the 10 year olds, even once the Supernova was freshly served in proper glassware. 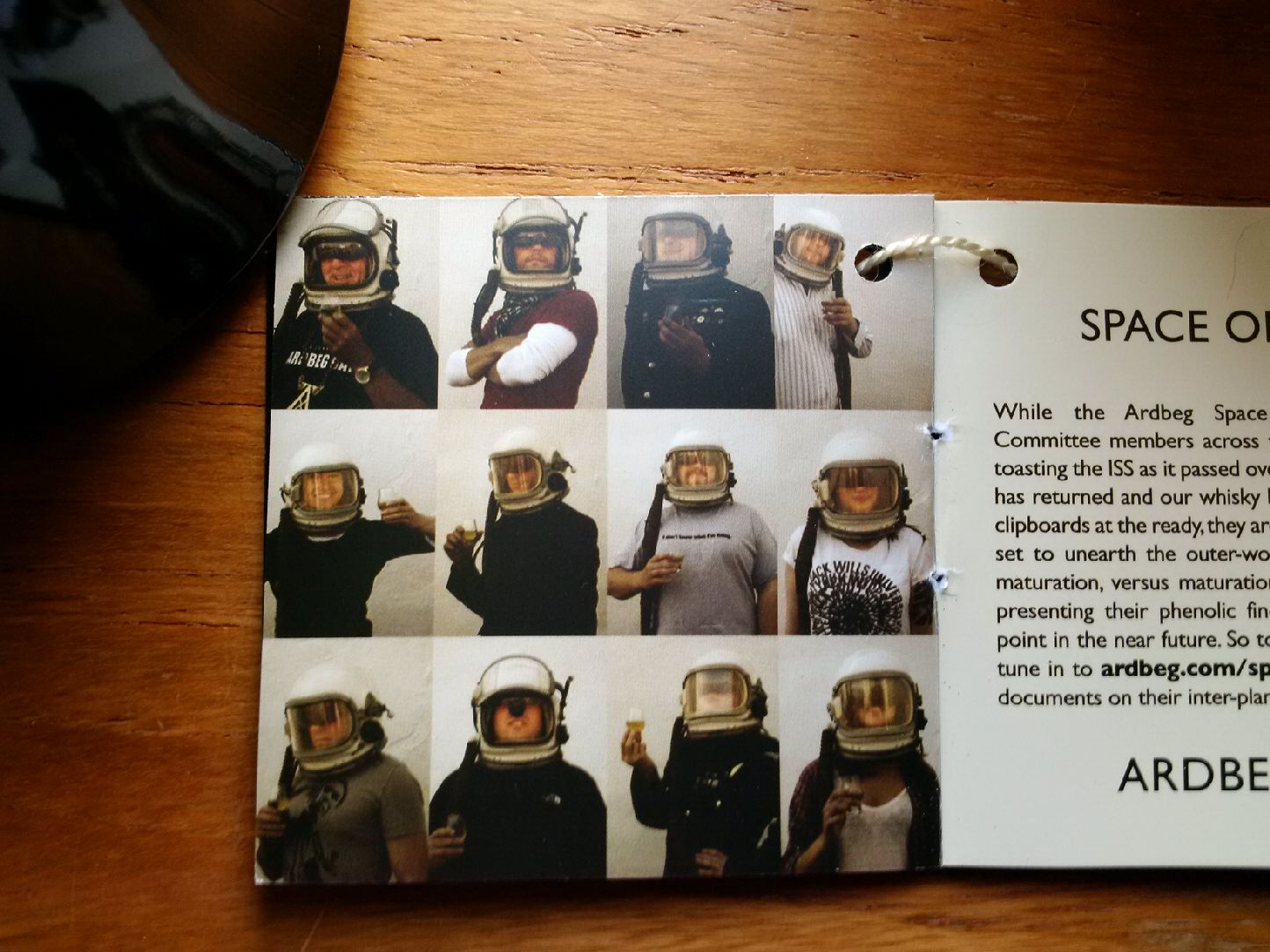 Yes, yes, all very droll, but damn it man, is it excellent? In a word, no. In several more words, it is a bit of a mess. It comes in at a palate singeing 55% abv and is certainly full of flavours (although tragically no Black Forest ham), but it is utterly lacking in balance, clarity of purpose or - and this is the key point - enjoyability. The best analogy I can think of is when the high school football star crashes a geek's house party (shut up, geeks had house parties too). Big, strong, loud, dumb and the immediate centre of attention. But after he leaves you are left feeling irritated and with a bitter taste in your mouth. In the analogy the bitter taste is metaphorical. In the Supernova it is actual. Of the finish the puffery from Ardbeg says, "The velocity increases, until it is almost off the scale, with rich flavours of tar, creosote, briar wood, spicy tobacco and liquorice root. The aftertaste simply disappears into infinity, such is its length..." Ok. We got "bitter". But the bitterness was lengthy, I will give them that.

We then moved on to a blind tasting of non-Scotch whiskies from four different countries: Alberta Premium, The Irishman, Woodford Reserve and Mackmyra Brukswhisky, from Sweden. On the plus side the group was able to pick out the various national styles quickly and easily, although there was momentary, frankly embarrassing, confusion between the Woodford and Mackmyra (again, small samples? wrong glasses?). On the minus side, this tasting was an exercise in pointless suffering as Alberta Premium and Mackmyra were both awful on a scale of awfulness that casts the poor Supernova in a different light. The Mackmyra will be more properly tasted and, it seems, skewered on another night. 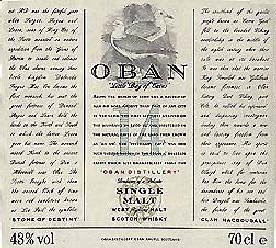 Feeling glum and looking desperate we put a stop to the blindness and pulled out the Oban to finish on a happier note. We like the Oban. We like it very much. Cheered, we munched oatcakes and discussed Churchill (the town, not the man), Nepal and how you can tell by the shape of a prisoner's bar of soap which brand of contraband cellphone he has. I'll leave you to ponder that.
Slainte!
Posted by Philipp Schott at 4:48 PM